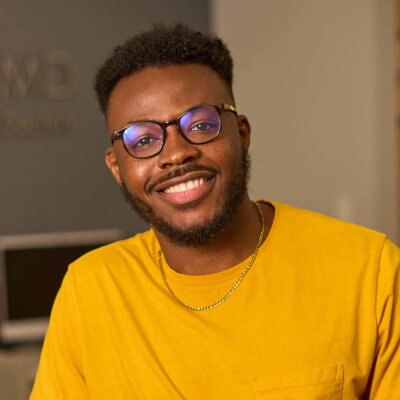 Arinze Ubadike was born and grew up in Enugu, Nigeria; moved to his family home in Ann Arbor Michigan after high school. He received a BS in Neuroscience with a minor in Music at the University of Michigan, Ann Arbor. He has been a recipient of the Michigan Scholars Honors Program and Changing Gears in Science Scholar where he completed lab research in protein networking in early stages of brain cancers, Glioblastoma and Medulloblastoma. He has worked in optometry for about 2 years, but prior to that, a marketing strategist for a Green energy company in Maryland. He is the last of five children of his parents, and has a daughter of his own. He enjoys spending time with his daughter, and watching Mickey Mouse Clubhouse even though he has no idea what's going on. He also enjoys unearthing new geographical attractions, travelling, playing and watching sports, AND FOOD!!!